Exercise leads to many improvements for patients with shoulder pain 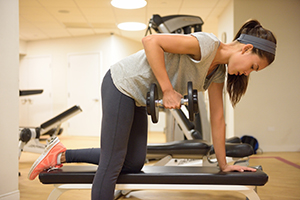 Shoulder pain is very common, with some reports claiming that as many as 26% of adults currently have it to some degree. About half of all patients with shoulder pain are referred to a physical therapist and treated with exercise therapy and massage. Despite the fact that both of these treatments are commonly used, there are no high-quality studies that have evaluated if adding massage to exercise leads to additional improvements. Based on this, a powerful study called a randomized-controlled trial (RCT) was conducted that investigated the addition of massage to an exercise program for shoulder pain.

80 patients randomly assigned to one of two groups

Patients with shoulder pain were recruited and assessed for inclusion. Eighty were accepted and randomly assigned to either the exercise-only or exercise and massage group. Patients in the exercise-only group were led through an exercise program by a physical therapist with seven treatment sessions over five weeks. The physical therapist demonstrated the exercises and provided feedback, and patients were instructed to continue their exercises at home afterwards. Patients in the massage and exercise group underwent the same exercise program, plus 10-15 minutes of soft tissue massage from the physical therapist over seven sessions. All patients were assessed for pain, disability, and range of motion (ROM) before the intervention, one week afterwards, and 12 weeks afterwards.

Exercise alone may be sufficient for should pain treatment

Results showed that both groups improved in pain and disability to a level that would be considered worthwhile by patients. There was no difference between groups for disability or ROM, but the exercise-only group experienced a slightly greater improvement in pain compared to the exercise and massage group. This suggests that the massage did not lead to any additional benefits for patients compared to exercise alone. Massage therapy is an important component of physical therapy and has been found to be effective in treating many other conditions, and is considered more effective than no treatment for shoulder pain; however, when combined with exercise, it appears massage does not add to overall benefits. For this reason, and also because exercise is a more active intervention, exercise therapy should be regarded as the treatment-of-choice for patients with shoulder pain.

-As reported in the May '15 issue of the Physical Therapy