PT Referral is Down While Opioid Use is Up? 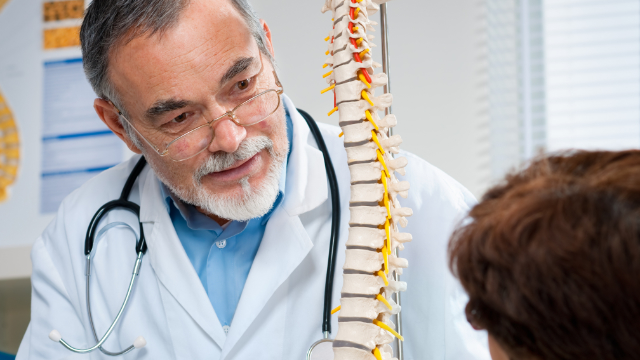 Low back pain (LBP) is estimated to affect up to 80% of all Americans at some point in their lives, and it is one of the leading causes of disability and reasons for visiting a doctor throughout the world. On top of this, studies suggest that this problem will only continue to grow in the future as more people become affected by the condition. National and international guidelines recommend a number of treatments for LBP, which include education, exercise, massage and manual therapy, particularly because they have been deemed effective and safe. Physical therapy for LBP typically includes these and many other commonly recommended interventions, which are brought together in a personalized way for each patient. Studies have consistently shown that physical therapy is an effective treatment for LBP, and the earlier a patient is referred to a physical therapist, the sooner they return to work and the better their outcomes are. This is why many national guidelines specifically recommend physical therapy for LBP. Yet despite this evidence and support, it doesn't appear that the referral rates for physical therapy have actually increased over the years. To get a clearer idea of how the referral rates of physical therapy to treat LBP have changed in recent times, a study was conducted.

To perform the study, researchers collected data from two national surveys on medical care services and another survey from emergency departments from 1997 to 2010. They focused only on visits for patients between 16-90 years of age, and classified patients into four groups based on their age: 16-39, 30-44, 45-59 and 60-90. In addition to data on physical therapy referral rates, researchers also analyzed data on the rates for opioid prescriptions over the same period of time.

Based on the surveys analyzed, approximately 170 million patients visited a doctor for complaints related to LBP. From these visits, 17.1 million patients were referred to physical therapy, which equated to a referral rate of 10.1%. From 1997 to 2010, this referral rate for physical therapy remained stable at this low percentage, while the rate for opioid prescriptions increased in these patients over the same time period. Further analysis showed that patients who were not referred to physical therapy were more likely to receive an opioid prescription. This highlights a major problem occurring in the country today, as rising rates of opioid prescriptions are largely to blame for addiction and abuse of these drugs. Physical therapy, on the other hand, is a safe and effective method for treating LBP that is not associated with any of these types of problems. This is why patients with LBP must be educated on the importance of seeking out the services of a physical therapist for their condition, and doctors must also recognize its value and make the appropriate decision of referring patients to physical therapy to improve the chances of a positive outcome.

-As reported in the May '17 issue of Spine